At the end of the 6 races in the Italian Cup, the winner of the YSS-SUSPENSION classification is proclaimed.

His name is LEONARDO BATTAGLINI, who since mid-season has managed to counter the power of Emiliano Ercolani who is in second place in the overall standings, followed by Stefano Mora in third.

Congratulations to all participants and congratulations for the choice of YSS suspensions, followed and assisted by the Italian staff of the Thai house.

The awards will take place at the Motor Bike Expo in Verona in March, the date of the event has been postponed from January 2021 to next spring due to the health emergency. 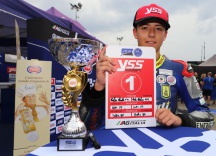 With tense muscles starting from the first line of the starting grid, Leonardo Battaglini tries not to make mistakes to take home the first title of the YSS-SUSPENSION classification. Perfect bike, which copies and reflects the riding style of the rider, who was able to counter the Estonian rider Anastassia Kovalenko, who redeems herself from the previous race, Stefano Mora finishes in third place, followed by the Israeli rider Ran Yochay, followed by the Swiss Bettina Pfister and Emiliano Ercolani. 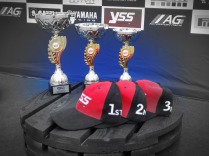 Leonardo Battaglini wins in the YSS-SUSPENSION classification, has greatly improved his performances since the beginning of the season, physically dedicating himself to constant preparation and relying on the advice of the YSS technicians, who have best interpreted the rider's sensations. Emiliano Ercolani, who finished second, is in his first year in the Yamaha R3 cup, but he is emerging, gaining experience in the field and being comfortable with the YSS suspension. In third place is Stefano Mora, who got the better of Anastassia Kovalenko, forced to retire due to a technical problem.

RECORD OF THE TRACK, POLE POSITION AND VICTORY WITH YSS- SUSPENSION

RECORD of the track in 1'13 "288, Giacomo Mora of the Junior Team AG Yamaha Pata Snack, conquers the Pole Position and victory in Varano de 'Melegari circuit with the Yamaha R3 of AG MOTORSPORT ITALIA, missing an extraordinary lap in 1'12" 568 due to a rider who forced Mora to slow down at the entrance of curve X, during a training race on the Parma circuit. The bike raced within a multi-brand competition with open regulations, in # elfciv20 conformation and equipped with YSS- THAiLAND. Extraordinary Suspension! 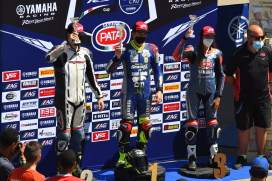 Lenardo Battaglini #117 once again on the first step of the podium, an excellent weekend for the rider from Camerino, who moves forward in the general classification YSS-SUSPENSION. Confronting the YSS technicians, the bike allowed him a great riding confidence that allowed him to stay at the top. After the fall of Emiliano Ercolani #9, Stefano Mora #81 gets on the second step of the podium, followed by the Estonian rider, Anastassia Kovalenko #47 who wins the third place.

Incredible conclusion of the fourth race, Leonardo Battaglini reaches rival Emiliano Ercolani in the standings, the two riders are equal, both have totaled 70 points. A great battle has opened, the last two races will keep us in suspense. Stefano Mora in third place in the YSS overall standings, 5 points behind the first two leaders. 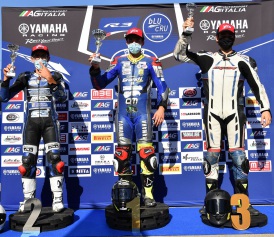 The young rider Lonardo Battaglini # 117 is in great shape, he managed to set up his Yamaha R3 as best he could to get the maximum confidence, which allowed him to win the race on Emiliano Ercolani # 9, Stefano Mora reaches third place # 81.

Leonardo Battaglini is determined to move up the YSS rankings, he aims to reach the rival rider Emiliano Ercolani to steal his leadership, every point is very important to reach his goal. 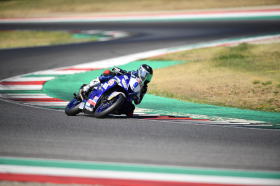 In the second qualifying Emiliano Ercolani #9 gives his best and manages to overcome the opponent who will start in the box behind him on the starting grid. Great competition between the two riders, who will compete for the first step of the podium in the race. 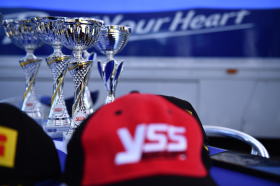 The first qualifying of the Yamaha R3 took place on the Tuscan circuit of Mugello, where the YSS-SUSPENSION classification saw a revolution in the classification. Leonardo Battaglini #117 carried out some tests to find the best set-up and he succeeded, leaving behind the leader Emiliano Ercolani and Mora Stefano #81. 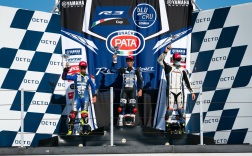 A hard fought race 2, the YSS-SUSPENSION riders asked the suspension technicians to work in detail, to give them even more feeling while riding, to have perfection in a very hot afternoon, which provides a great competition. Emiliano Ercolani # 9 imposes his leadership and reconfirms the first step of the podium, but Leonardo Battaglini # 117 gets on the second step, finding a perfect feeling with his bike, third place is Stefano Mora, who improves on the previous race. 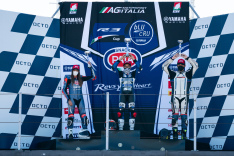 Everything is ready for the race of 18 July 2020.
The YSS technicians make the final adjustments to the suspensions, the riders are ready to compete in the race for 8 adrenaline laps. Immediately Emiliano Ercolani # 9 finds the maximum feeling with the bike and establishes himself on the first step of the podium of the YSS-SUSPENSION ranking, second Anastassia Kovalenko and third Stefano Mora. 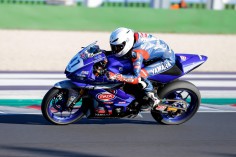 In the second qualification, Anastassia Kovalenko #47 tries to take the lead over Emiliano Ercolani #9, but at the end of the test, it is still rider # 9 who does the best time and starts ahead of the Estonian rider. Stefano Mora #81 and Bettina Pfister #16 also improved in the time trial, competing for the YSS-SUSPENSION classification.

MISANO WORLD CIRCUIT - THE BATTLE OF THE FIRST QUALIFICATION

We are in Misano for the first round of the Yamaha R3 cup, where YSS-THAILAND will be present with its own support structure, where Andrea Fabretti and his YSS collaborators are at the head to give support to the riders who compete for the podium of the ranking YSS. 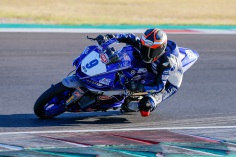 Verona Fair - Moro Bike Expo, the most important motorcycling exhibition and event. The Yamaha R3, protagonist of the CIV Italian Speed Championship in Supersport 300 with AG Motorsport Italia Yamaha supported team, was presented here. The YSS technicians who will support the official Yamaha single-brand trophy in the Italian Cup organized by AG Motorsport Italia were presented in the meeting room, the YSS riders will have a ranking reserved for them, technical assistance for the riders who mount the suspension kit of the Thai world house and an award at the end of the year that will be awarded at the Motor Bike Expo 2021. 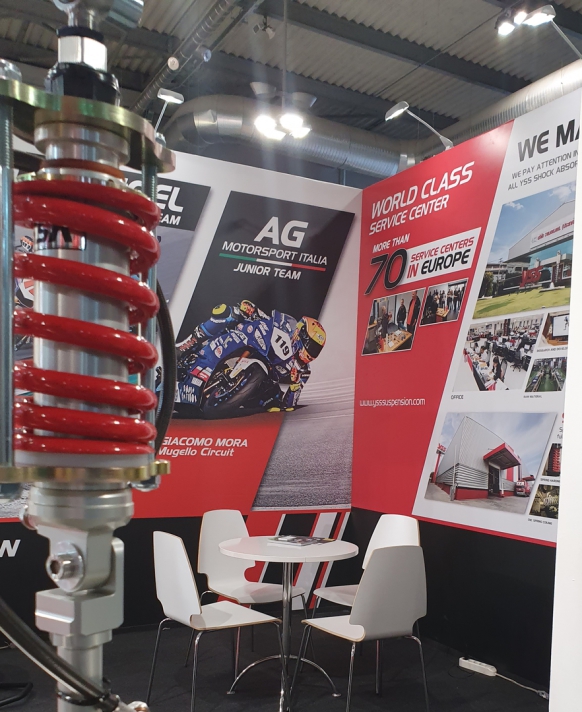